A Christmas Story by Jean Shepherd

Living Literature offers their two person, 40 minute readers theatre rendition of Jean Shepherd’s A Christmas Story.  Taken from Jean Shepherd’s Duel in the snow, or Red Rider nails the Cleveland Street Kid, on which the 1983 classic movie, A Christmas Story was based, relates the comic tale of the mid-western, Depression era child who yearns for an official Red Ryder air rifle for Christmas, and the often unexpected events he encounters along the way. Runs 40 minutes 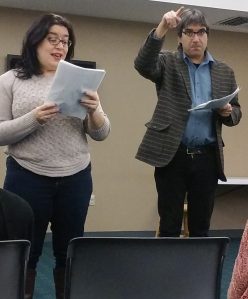 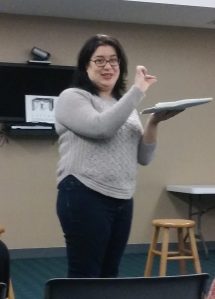 How it became the film, It’s a Wonderful Life

This half hour readers theatre presentation shares the charming story of this 1943 self published, limited edition Christmas card, that eventually found its way to film Director, Frank Capra, to become the holiday classic, It’s A Wonderful Life.  The presentation tells the story itself plus the story behind the story, and how it came to be, what Frank Capra said, “The story I had been looking for all my life!  Small town.  A man, a good man, ambitious.  But so busy helping others, life seemed to pass him by.  Despondent.  He wished he’d never been born.  He gets his wish.  Through the eyes of a guardian angel he sees the world as it would have been had he never been born.”  Author, Phillip Van Dorn Stern’s daughter relates the series of events that begins with the story’s creation and how it became the Christmas classic, It’s a Wonderful Life.  Two actors bring to life the characters of this small town in pre-World War II America that inspired one of this country’s most endearing holiday stories.  Runs 30 minutes

is a readers theater style presentation
of stories, poems and essays celebrating
the spirit and practice of Christmas.

Home for Christmas by Elizabeth Bowen

A Christmas Memory by Truman Capote

Trouble At the Inn by Dina Donohough

The Boy who Laughed at Santa Claus by Ogden Nash

The Gift of the Magi by O. Henry

Memories of Christmas by Dylan Thomas

The Annual Crisis of Love by Loudon Wainwright

plus holiday stories by such authors as Langston Hughes, Daphne du Maurier and Hamlin Garland